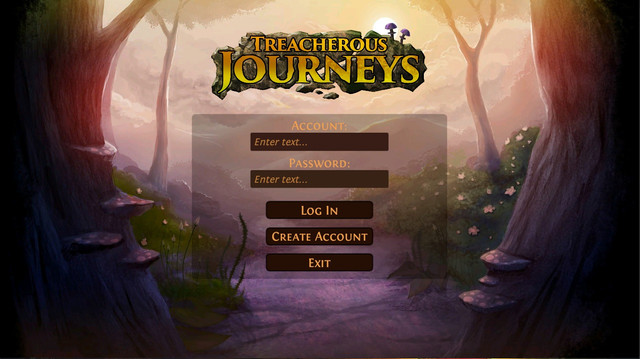 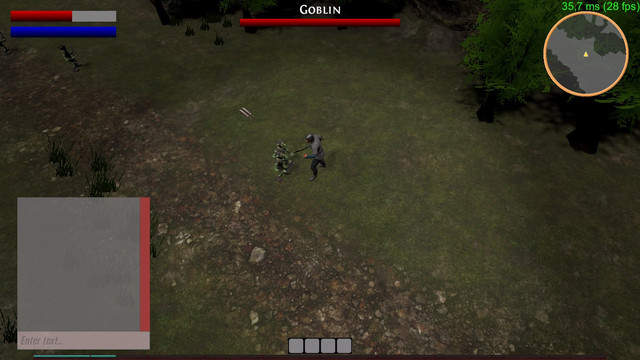 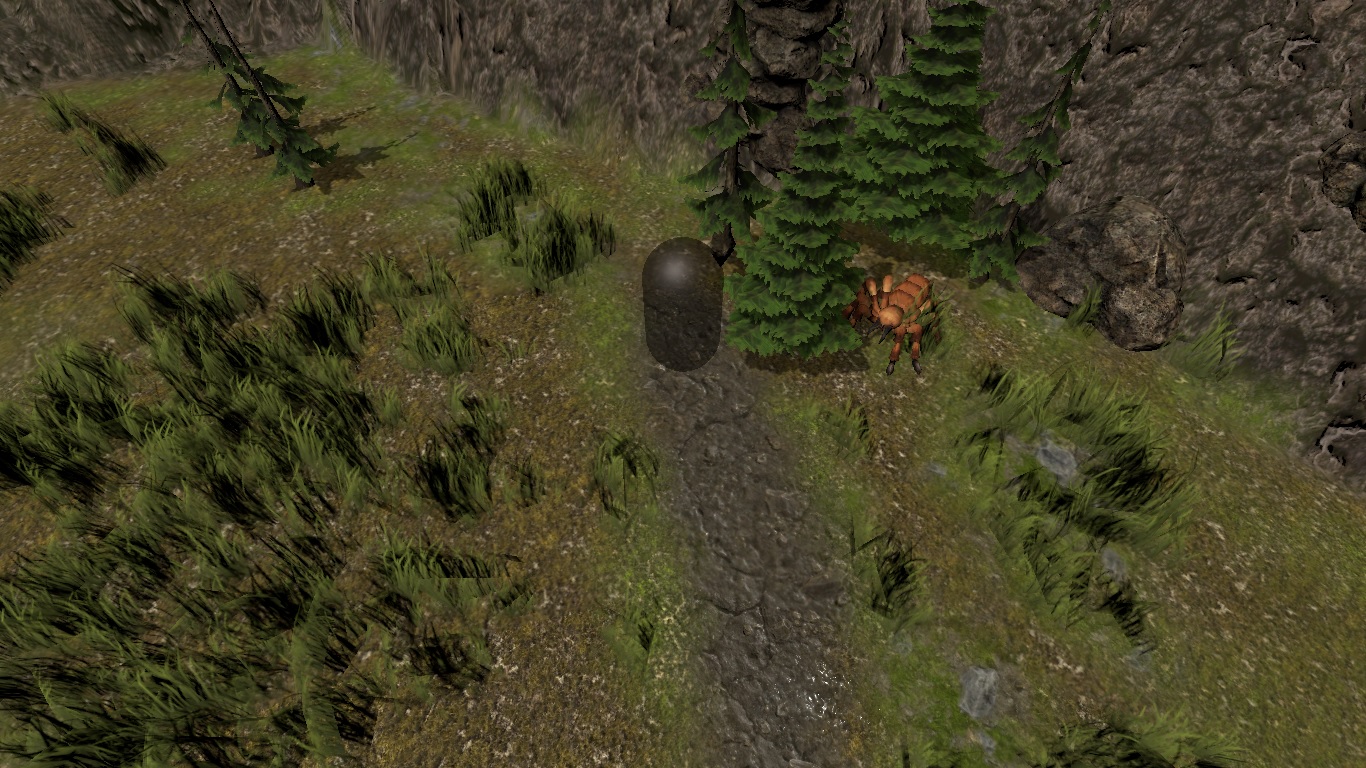 Didn't get much done in 2020 but finally picked up the game again.
One of the last things I did before taking a break was porting to URP. This year I've been working on implementing skills - basic attack is now also a skill and the first real skill - fireball - is now in the game.
After I wrap up the preliminary skill work I'll be working on the starter map, and I also want to make a cave. 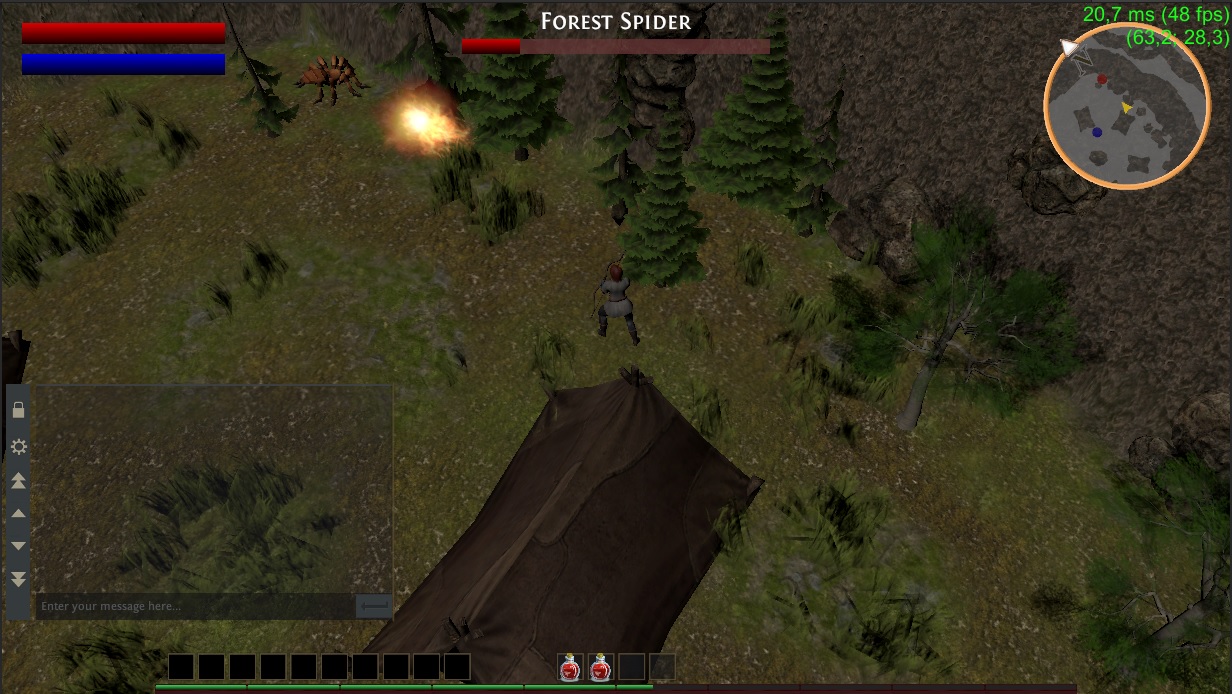 Nice! Good to see development is back on track!

Also @Jesper Nielsen In your case I would not recommend switching to URP (universal rendering pipeline).
It's really under developed in my experience. HDRP has gotten all their attention at Unity.
Working on a project in URP currently at work.

Typical Unity style of delivering half baked solutions and then years later they (might) be ok.
If they don't forget about it.

Your screenshot already looks like a slight visual downgrade in rendering.

Perhaps in cases where realtime shadows are not important and using shader graph/vfx graph is. And mobile performance is critical you can make a case for it.
But otherwise either stick with the standard renderer and use Amplify Shader Editor if you need visual shader programming in the project.
Otherwise it's not that beneficial. And you will find a lot of shadow related artifacts.

Or go full HDRP if DX11 and above is fine. To get all the bells and whistles if you have time to use it to an extent.

Or maybe I'm just too picky.

And now that it is there you should just focus on getting more gameplay in instead of reverting commits.

Thank you for the comments Jonaz.
I chose URP because I want the game to be playable on PCs and laptops with integrated graphics.

When you say it's a downgrade I think you mean compared to the previous image? Both are actually URP (unless the first is LWRP - not 100% sure) The difference is that the second screenshot is more zoomed out, the directional light is weaker, I'm playing around with different shaders and the scale is a bit off on the terrain textures - in particular on the rocks.
Your comment about the shadows has me a bit worried though - I do need to have dungeons with torches etc.
I think I need to make that cave a priority to test it out before I invest too much time doing work that will take even more time to convert if URP doesn't suit my needs.
Top

Yeah for low performance targets it could certainly be relevant.

Yeah most certainly do some shadow tests in various conditions to see if it creates visual artifacts in your project. Perhaps it's fine for your use? Only you can know and judge.

Some issues related to the lights can only cast 1 sided shadows creating really nasty holes in the shadows. Or whatever it is. And some issues where there will be this very hard line between the the cascaded shadows because proper shadow masking is not supported.
And weird issues with shadows where there should be shadows and weird cut off issues.
Perhaps some things has changed in Unity 2021?! Don't know. The overall impression of shadow quality in URP Unity 2020 is just weak in my opinion.
Top

I'm still on 2019 LTS.
It turned out I didn't have shadows at all... Or rather the terrain didn't receive shadows but meshes did. Also grass doesn't like casting shadows with the shader set to transparent - I use grass objects instead of terrain details or even worse terrain grass.

I also forgot to activate ambient light...
Lights on and a little love and it looks like this - still needs tinkering of course but good enough for a prototype so I'll leave it at that and go work on that cave. 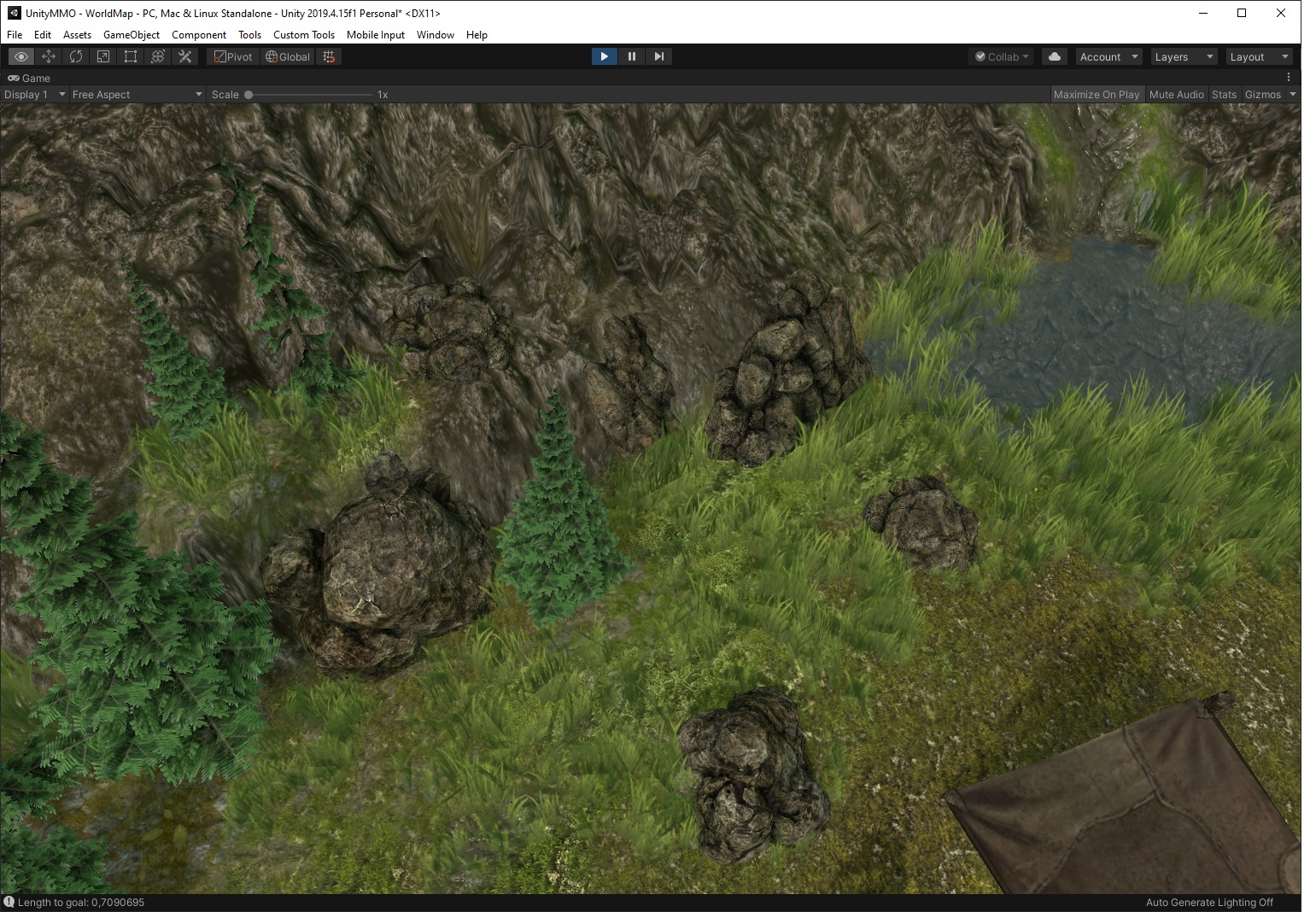 Got started playing with the first cave and I'm happy I did.
You're right Jonaz point light shadows are not supported in URP yet - it's supposedly implemented in 2021.1b so I guess I'll have to update when they put out a stable release or drop URP because they're pretty much a must-have. Bummer.
Top 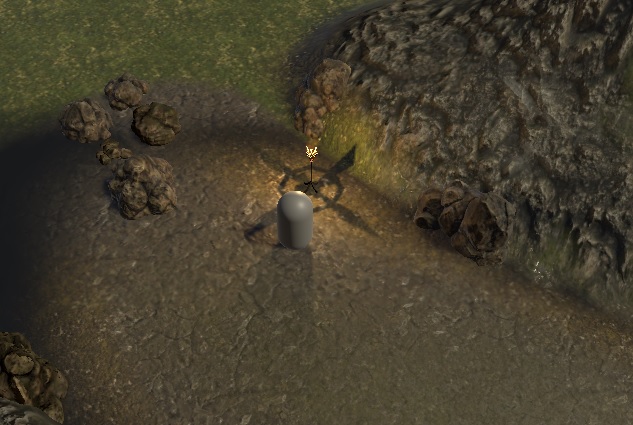 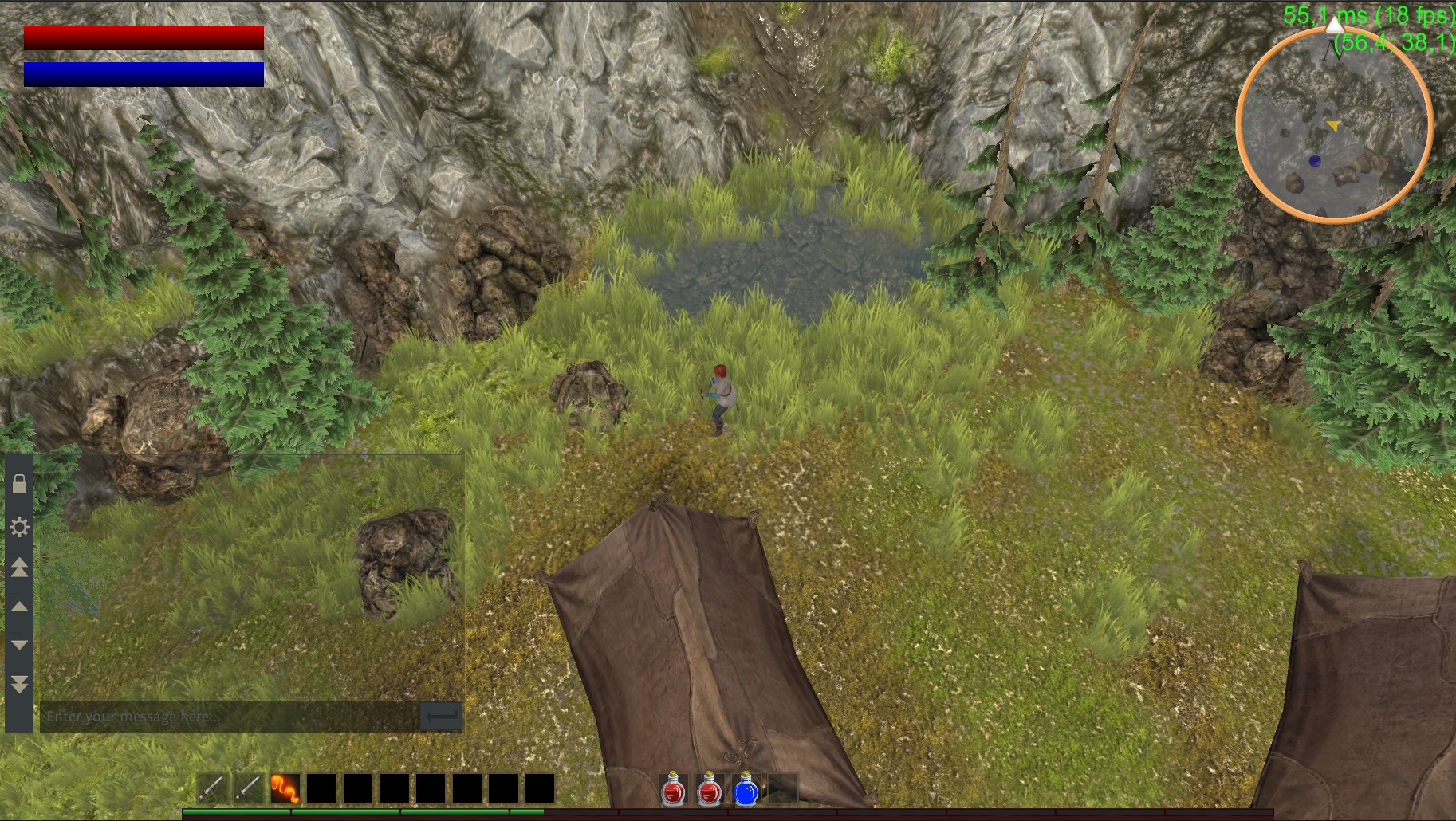