Today is a pretty big day for me as this is the very first time im going public about my very first game project!
For now, it is called Masters of Eptora, but could be changed in the future if i find a better one. 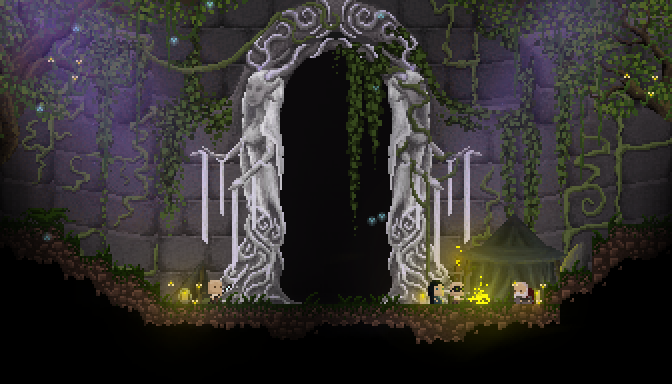 The starting area of the game, you and the other chosen has set up camp right outside the Gates of Viridian

But what is this game im talking about?
Well, to put it short, it is a rather hardcore rouge-like dungeon crawler where the player can take the role of 5 different sorcerers called Wielders. Each wielder has his own Mastery, a special ability that makes all characters unique from each other.
Through the dungeon crawl, the player will find both items, consumables and spells that makes the player able to create powerful combos, and therefor make builds. As there are over 100 items in the game and both the loot and maps are randomized, the gameplay will change from play to play.
Through the dungeon, the player will face multible riddles, bosses and enemies, both mandatory and optional. 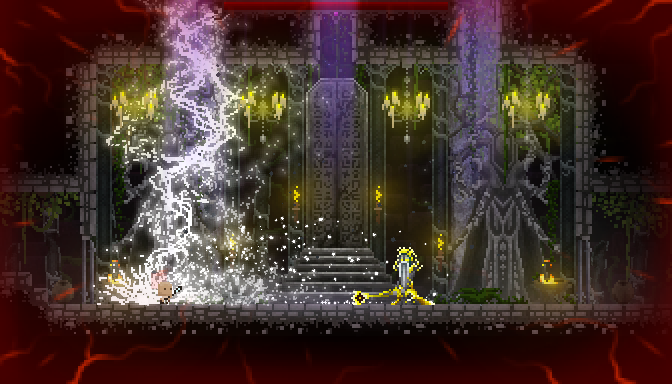 As gamechangers, minibosses can appear anywhere in the game. Some of them has to be fought to continue, while the Keeper must be Awakened. To beat the boss, the player must quickly learn its attacks to avoid them, and gain resistance towards its attack type 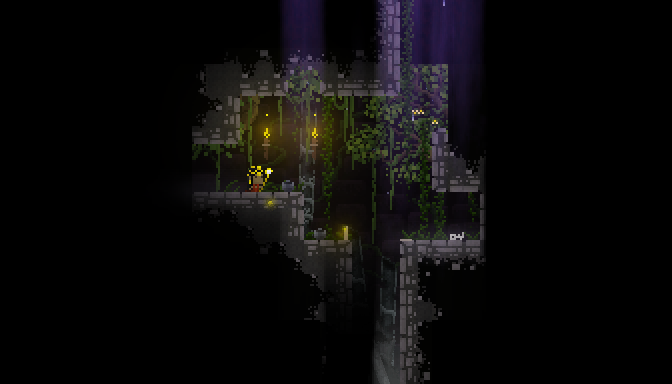 The player will come across riddles in the game, some of them unlocking great treasure if solved.

Practical Information
- The game is not done yet, however, if all goes well, the game will be published as a free demo at Itch.io in a matter of 2 months!
- When the game is completely finished, it is planned to be commercially released on Steam. Hopefully within a matter of 6 months.
- Many names within the world such as Viridian, Vivian and Masters of Eptora is a subject to change.
- And lastly: A trailer is on its way! I just havent made it yet because of the lack of music in the game.

About Me
Im a self-taught danish game developer who has meddled with game development since i was little. 3 years ago i decided to make a game for real, and started on this project! However, i was not prepared for the massive preparation that had to be put into it, so i startet animating the enemies before even programming them as prototype. Bad move. Practically, the last year has been all about clearing out the mess, replacing and polishing every corner of the game.
And finally, 3 years later im this close to the finish line! 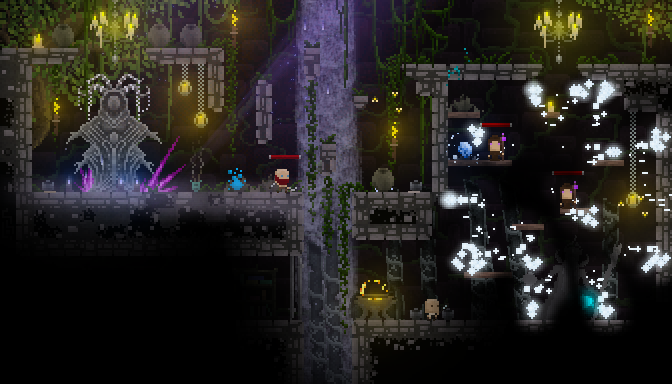 Enemies come in multible forms, each with its own attack types: Physical, Frost, Fire, Poison, Thunder and Neferin. Each attack type can be negated by increasing the players resistances through either skillpoints or items. 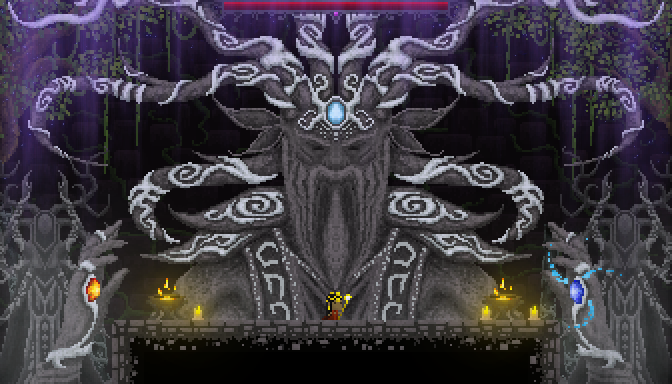 One of the main bosses of the game, the Guardian was used to defend Viridian from attacks

The Story Behind
The setting is in a dark world where spellcasters and even healers are hunted down and executed for witchcraft across the continent. The Siratic Order, an extremist religious group ruling the entire western kingdom wastes no time spreading their lies about the light, nor showing the people what happens if one turns to the darkness.
And so, wielders from across the world, led by the powerful summoner Gilzera, has formed a secret society within the underground ruins of Eptora. Both as a refuge from the witchhunt, but also as a gathering army, ready to take down the order.

To do this, the strongest members of Eptora has been elected to join in on an excavation to the Viridian Ruins. An ancient city that not many years ago was the main seat of power in the entire known world.
The vivians, the original residents of the city, were formerly worshippers of nature, but turned to lust for power. In their hunt for domination, they found something within the eastern mountains of kagera. Something hidden by the Gods, never supposed to be found by mortals:

A divine intrument said to be able to bend the very minds and thoughts of those around it.

The vivians brought the intrument into the heart of the city, and used its dark powers to turn the tide of war, and claim the throne of the world.
But ruin is the fate of all civilizations, and in the end, something happened within the city itself, and Viridian was destroyed by the Emborian Rebellion

It is this dark instrument that Gilzera seeks. And so you are among the elected members of the excavation. But one must move swiftly, for the Masters of Eptora are not the only ones searching for it. The Siratic Order knows of its existence as well, and have already entered the ancient city. If they are to get it before you, there is no telling what they could accomplish ...

Looking forward to giving the demo a spin!

Also get the Steam page up and running ASAP so people can start wishlising!

Best of luck with the project and looking forward to seeing more.

@Neraxa
What are you developing the game in BTW?
Top

Im really happy to hear that! I will look forward to it

Im using GameMaker Studio to both draw, animate, design and program in. For sound effects i use Beepbox which is a free online software that can also be used offline. For music i use LMMS and scavenge the internet for whatever free instruments i can find.
Im basically making the entire game on a budget of 0 monez, meaning i have to do everything myself which can be a bit of a mouthful xD
Top

Btw, how on earth do i post gifs on the showcase xD
Top

Hehe.. Gamemaker was my first guess!

I also started a more metroidvania platformer some years back in GM. (Old version. not Studio. Didn't like Studio).

Got fairly far with level design and features. But it's kind of in hiatus now.

Try using the IMG tag at both ends. There is also a button for it if you mark the url.
Also HTTP in the URL is critical to have it work.

Aah there we are! It was because imgur adds a v in the end of .gif (.gifv), and so i removed the v and puff, it works xD Thanks!

That is awesome work!

The fact that you have come some far is an amazing achievement. So well done on that!

Not many get this far. Most people would have either given up or just simply lost interest or focus.

Did you use a game engine or did you write it from scratch?

Which platforms are you planning to support?
Top

Thank you so much!

Im currently using GameMaker Studio for the art and programming, and then i use Beepbox and LMMS for sound effects and music composition.

To begin with, i plan to only support PC. Im not sure if it will ever be avaliable for mobile or tablet, but who knows! ^^
Top

Hey you guys!
Im on twitter! Under the fancy codename of Demented Plant, which is the name i'll be going for in all the glory of publicity!